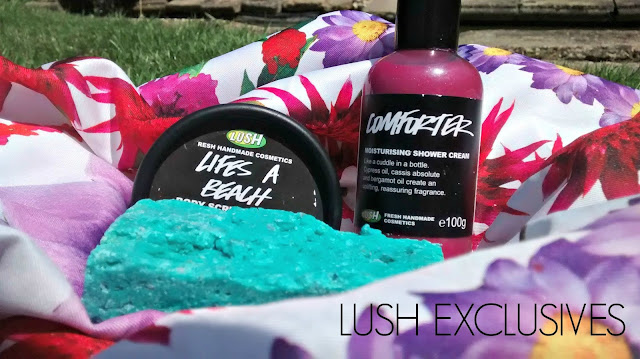 Some of you may be aware of the grand opening of the Lush store located in the hub of Oxford Street. Since it's opening our instagram feeds have been jam-packed full of new and exciting products that are exclusive to their vast and monstrous shelves.

As a Lush employee I was fortunate enough to have received a taster box that contained 8 of the new products that are exclusive to Oxford Street (they aren't even available on the internet/their website...and that's saying something)! So, as always... I am here to give you my honest opinions and to let you know if it's worth barging through an avalanche of tourists in order to pick up a nice-smelling shower gel.

Here are 3 random items to feast your eyes upon... 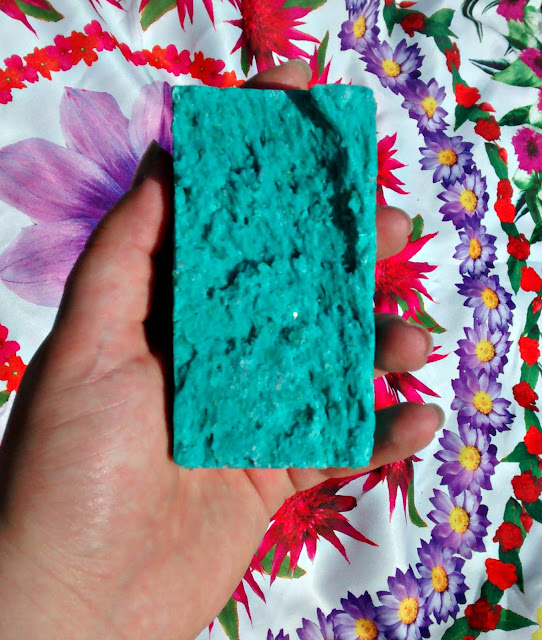 A common statement that we here on a regular basis as Lush employees is 'that looks like cheese' or 'that looks edible, can you really use that on your face/body!?' and as always the answer is YES. A lot of Lush products indeed ditch the faff of packaging and for good reason - it's wasteful! So, instead we draw the excess water from the product and sell it as a solid rather than a liquid, simples!

Anyway, back to the product. This is one of the new and exclusive shampoo bars that comes in a soap format (yes, I originally thought it was soap too) and it is appropriately named 'Waves'. I am a sucker for anything sea salt based. If any of you have tried BIG shampoo or Seanik shampoo bar before, you will understand my excitement and this product kind of combines the two - with a good dose of lavender oil for good measure.

This is a 'it does what it says on the tin' product. It really does wash your hair. It leaves it feeling clean, fresh and some what hydrated. The sea salt also helps with adding volume and contributes to that 'I'm on a beach and have sexy big hair' kind of smell! Once again, Lush have succeeded in producing effective, innovative and awesome haircare. 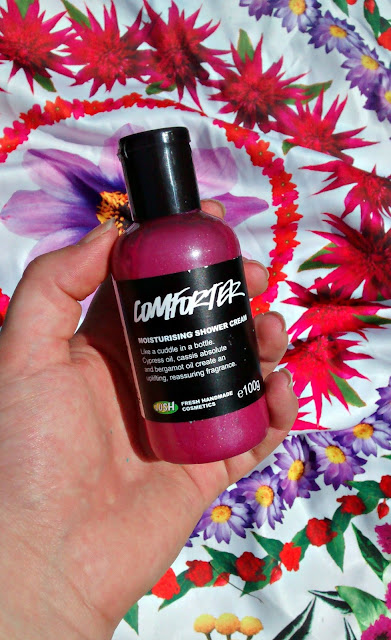 The Comforter Bubble Bar is one of Lush's top selling products, which probably comes at no surprise. However, as a person that gains an instant headache as soon as they smell something overly sweet It's never been a bath product that I have naturally reached for. But, as a shower product it is rather exciting! Lush have an extensive line of shower gels, shower jellies and in-shower body conditioners however this new formulation of 'shower cream' is something we have never seen before.

The word 'cream' would suggest that it has a thicker and more creamier texture than a shower gel but I was slightly disappointed when I opened the cap in the shower and the liquid immediately ran out of it. Unfortunately, it does not have a thicker texture (unless I had a faulty batch) however it does deliver on the moisturising side of things. Despite it's runny consistency using this product is like a dream. It immediately moisturises and hydrates the skin, leaving it soft enough to not having to bother with using body lotion once you are out of the shower, bonus!

It is also pink and glittery - which is never a bad thing. Plus, the overtly sweet smell does not linger. Instead, it reduces down to a subtle blackcurrant scent that is much more pleasant and leaves you smelling fabulously fruity. 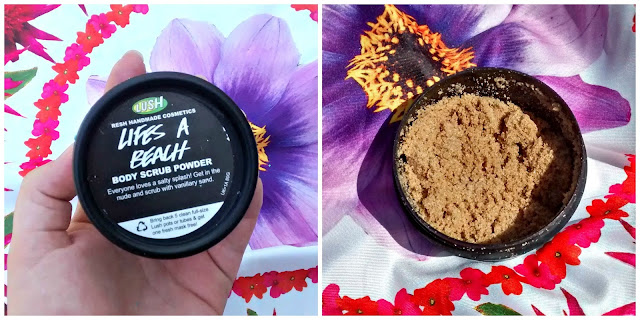 Sand! For your body? Surely not. You could say that rolling on a beach would create the same effect however does it come in a handy black tub and is perfumed with fair trade vanilla? Lifes a Beach Body Scrub Powder is the ultimate summer body scrub. I would beg to differ when it comes to the term 'powder' as it is the exact texture of sand but apart from that, this product is definitely on to something.

We all know that exfoliating our skin is important, but sometimes it becomes more of a chore than a pleasure. I prefer to exfoliate in the shower for obvious reasons, it takes less time and is more efficient. Initially I thought this product would be annoying to use but I was proven wrong. The wetness of your hands in the shower allows you to pick up the right amount of product and a little definitely goes a long way.

It is also one of the few scrubs I have tried that effectively removes fake-tan! Because the grains are so fine they work the same as an abrasive scrub but without the uncomfortable scratching.

So, there is my round up of a few Lush exclusives that are available at the new flagship superstore on Oxford Street - hope you enjoyed.


What are your favourite Lush exclusives? x

A blog about beauty. Your average make-up and skincare obsesser who cannot wear enough bronzer or leopard print.

Blog design by the contemporary graphic designer and illustrator Amy Lesko, based in Leicester UK.