Coconut Oil - Worth the Hype? 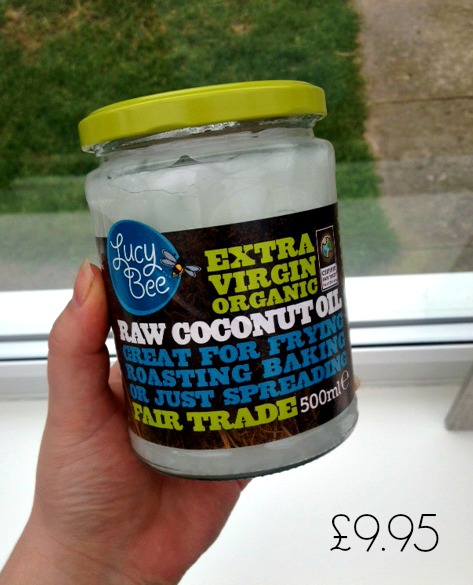 Coconut oil has been all the rage when it comes to natural beauty products that continually circle around the internet having us google its '10 best uses'. But is it really worth the hype? After getting sent this 500ml tub of Lucy Bee's Extra Virgin Organic Raw Coconut Oil for review purposes I thought what better opportunity to thoroughly test it out for myself and see if it could work wonders on the face as well as working wonders on the hob.

I know it is daunting (especially if you have oily skin) to cover your entire face with a concentrated oil as your head is probably telling you no. But, after my first application my face...my face was telling me yes! A week later and this is what I have to say...

What have I used it for?

A Cleanser/Make-up Remover. We all know oil is great for breaking down make-up and coconut oil is no exception. It's great for taking off the majority of your make-up then going in with a second cleanser to fully cleanse the skin. 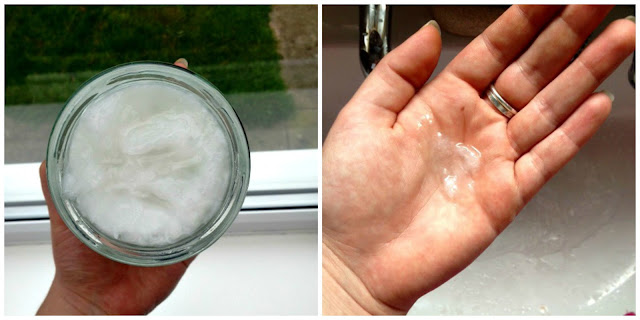 Delve in. In the pot the coconut oil will be a half solid half liquid (gooey) texture - just warm it up by rubbing it in between your fingers and apply straight on to the face. As you massage the oil into the skin it will start to break your make-up down immediately, it certainly works faster than any other cleanser I have used!

Waterproof mascara. Pfft - no bother! Once rubbing it all over the face including the eyes go in with a hot flannel and hold on to the surface of the face for a few seconds to open the pores. Just gently rub in circular motions and hey presto your face will be thoroughly cleansed. Plus, it also leaves the skin hydrated and moisturised!

As you have probably guessed by now, coconut oil is a yes from me. But, not only is it great for the face but it is more than adequate for the body too.

Body Moisturiser - Oil combats dryness. Massaging coconut oil into any dry patches you may have instantly hydrates them and makes them appear healthy and glowy. It's great for using on legs post-shave as it not only reduces redness and adds hydration but also gives them that sun-kissed shine!

Hair Treatment - This is the most popular way I have seen coconut oil being used (and for good reason). If your hair is suffering from dry and split ends just apply it to the ends of damp hair and blow dry as normal.

It is also a cheaper alternative to the ever-so-popular argan oil, so if you are on a budget you can still achieve soft and silky locks!

Would I Re-purchase? 100%. I will most definitely carry on using coconut oil as a make-up remover/cleanser and I would urge you to, too. We all love a lot of bang for our buck.

Would you use coconut oil as a beauty alternative? x

A blog about beauty. Your average make-up and skincare obsesser who cannot wear enough bronzer or leopard print.

Blog design by the contemporary graphic designer and illustrator Amy Lesko, based in Leicester UK.